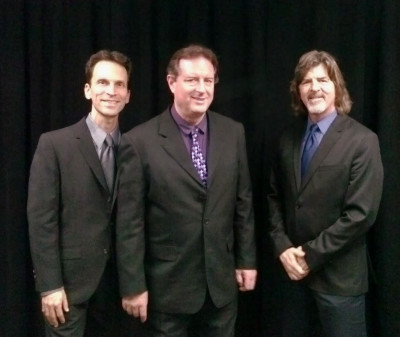 This trio of seasoned musicians first performed together back in the early nineties. Since then, all three of them have gone on to prolific careers, performing a broad variety of music in far-flung venues around the world. Now they have reunited as Cordial Affair, to once again share the joy of their first musical love, jazz.

Bassist Doug Ross recently returned to the DC area, after spending many years in Japan and Los Angeles. He was a faculty member of Los Angeles College of Music and Fukuoka School of Music, in addition to performing with diverse artists such as jazz guitarist Jody Fisher, Motown legend Martha Reeves, and Brazilian singer Katia Moraes. Doug has a solo album on Egad records.

Steve Long is Cordial Affair's keyboardist, and has long been among the most in-demand musicians of the Mid-Atlantic region. A graduate of New England Conservatory, Steve currently serves as musical director and keyboardist for numerous local groups, including international recording artist Jaared.

Drummer Wes Crawford is credited with backing artists such as Ron Holloway, Eva Cassidy, Shahin and Sepehr, and Jane L. Powell. He is also on faculty at Goucher College, and is founder of  Enviro Drum Maryland, a percussion performance group.