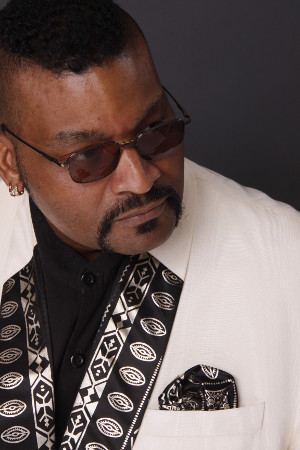 C. Huff, a native Washingtonian, has been in the music scene from a tender age of 8 to present date. Having attended the University of the District of Columbia with a major in Music Education, Huff studied under many talented and prestigious professors such as the late Dr. William Howard Moore, Mrs. Jemetta Martin {T. Roosevelt Sr. High School} and many others who molded and taught him the beauty of music.

Huff has been influenced by a number of musical styles such as Blues, Gospel, Jazz & Latin. However it is the R&B & Gospel he feels closest to. Is it any wonder that some of his musical influences are Stevie Wonder, Bill Withers, Duke Ellington, Aretha Franklin, O’Brian, Usher, Dana,The Queen” Owens, Nat and Natalie Cole, and even TLC.

C. Huff, as he likes to be called has a unique musical quality that enables him to take ANY song and turn it into his own unique creation that you won’t hear anywhere else. Originality and Creativity is his cornerstone in music. Open your mind and ears and prepare to hear something totally different from what you may expect!

His musicianship and outstanding vocal quality has landed him on the same stage with such major acts as: Major Harris, Spur of the Moment, George Duke, The Manhattan Transfer band, Mr. Keith Sweat, Miss. Jody Watley, and most recently at the Las Vegas Palazzo Hotel's Zebra Lounge as the opening act for the David Sanborn band, The Trump towers, The famous Railroad pass hotel in Henderson NV., The Hilton hotel, The Rampart hotel as well as many other including performers and recording artist outside of the United States of America.

C. Huff, with the aid of his musical abilities and business savvy, has traveled and toured far beyond the borders of the USA. His travels have taken him to such exotic places as: Singapore, Hong Kong, the Philippians, Japan, Europe and Main-land, China, to name a few.

C. Huff has a solid track record overseas as a top performer in various four and five star Hotels such as the Shangri-la Chains, The Marco Polo hotels, The Regal East Asia International Hotels, the Hilton and many others. He has also been showcased in such International clubs as Jamz in Jakarta Indonesia, The Mandarin Jazz Lounge in Indonesia, Con-Fussion in Hong Kong, The Cotton Club in Shanghai, China, The Loft in Beijing, China, The Big Easy in Beijing China, the Windsor Hotel & resort {Hokkaido, Japan}, and many others.

Locally, C. Huff is in demand as a Producer, arranger, One man band and full band show. He is well known and respected within the Washington Metropolitan area. His shows cater to various types of audiences, if you want to lay back and chill, cool…let’s chill! If you wish to get on the dance floor and “Drop it like it’s hot? Cool…. Let’s do it.