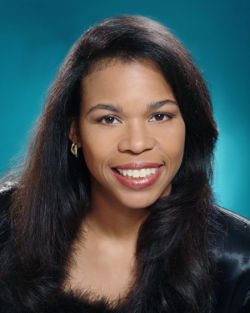 Described by the Washington Post as a “passionate and lovely…sensitive … provocative” singer, soprano Alice Dillon has appeared as a soloist locally and across the United States. This past fall, she sang the role of Elizabeth Keckley with the Mannasas Chorale in “Mine Eyes Have Seen The Glory: A Civil War Musical”. She was the soprano soloist in 2007 for the Kennedy Center Messiah Sing on the concert hall stage. Since 2008 she has been a soloist in concerts with The Washington Performing Arts Society. She has been a soloist with the Capital Wind Symphony in Schlesinger Concert Hall and sang the soprano solo in the Brahms Requiem with NOVA Manassas Symphony & Community Chorale. She has also been a soloist in concerts with Annapolis Opera, the Washington
Performing Arts Society and the Illiana Oratorio Society. Other appearances include The Lake George Opera, Light Opera Works, The Boston Lyric Opera, The Chicago Lyric Opera, The Chicago Symphony Chorus, and The Washington National Opera.

She has performed the roles of Voice of Heaven in Don Carlo with Da Corneto Opera Ensemble, Frasquita in Carmen with the American Opera Group in Chicago, the Mother in Amahl and the Night Visitors with the Deep Ellum Opera Theatre in Dallas, and Pamina and Pappagena in The Magic Flute with Opera New England. Other roles include Servilia and the 2nd lady with the IN Series, as well as Zemfira in the Russian opera Aleko, Countess Ceprano, Giovanna and the Page in Rigoletto with Bel Cantanti.